Behind the Curtain Festival 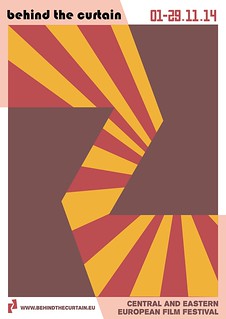 Polish Expats Association (PEA) will launch the inaugural Behind the Curtain Central and Eastern European film and new media festival at their Centrala space tonight. Designed to be multifunctional, Centrala comprises a development/training centre, artist studios, art gallery and café/bookshop.

Behind the Curtain aims to engage people with the wealth of cinematography from Central and Eastern Europe, with films originating from Poland, Slovenia, Romania and Hungary as well as the former states of the USSR, Yugoslavia and Czechoslovakia. The launch will be a melting pot of music, performance and live art from Polish artist collective Suka Off, Birmingham-based Polish artist Jacek Ceglarz, and singer songwriter Joseph Ladlow.

After this evening, the festival continues until Saturday 29th November; the full programme and tickets (although a selection of events are free) are available at the Behind the Curtain website.