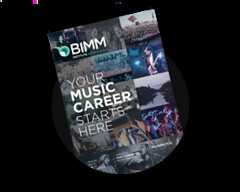 BIMM is the British and Irish Modern Music Institute, and they’ll be moving into Floodgate Street in Digbeth later this year!

BIMM was founded in 2001 and is a well-regarded provider of further and higher music education. The BIMM Institute boats a number of notable alumni including James Bay, Tom Odell, and The Kooks.

The plans are to move the entrance of their building to Little Ann Street, while restoring the facade on Floodgate Street back to its former glory, along with installing additional windows. There is now a healthy concentration of musical business in the area, including Access to Music, Pirate Music Studios, and of course Muthers Studios (as well as loads of live music venues), all a short walk away.

We’re looking forward to seeing the plans come to life over the coming months, but if you’d like to learn more, BIMM Institute are holding and Open Day on Saturday 21 January – visit their website to register.