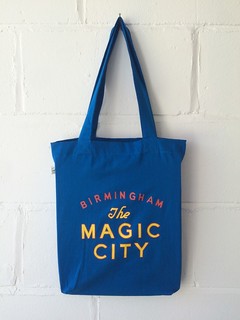 BAZ are an art-world think-tank based at Grand Union in Digbeth.

Their project Birmingham – The Magic City was originally conceived as a satirical look at local authority marketing; Birmingham in Alabama became known as The Magic City due to the seeming overnight growth of its iron and steel industry.

Grab one quick before they sell out again! For more information about Baz, and to read their tongue-in-cheek funding application, visit their website here.