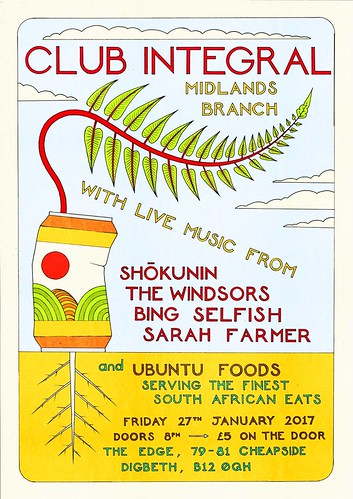 The first Club Integral Midlands Branch of the new year takes place this Friday at The Edge. For just five of your English pounds, you can hear four fantastic acts from near and far: