DDC and Levelled Up

Digbeth Dining Club may have narrowly lost out on the Best Street Food Event title at the British Street Food Awards in December 2015, but they are still winners in our eyes.

Having won the award in 2013 and 2014, they missed out on the hat trick to Street Food Cardiff, but it was very close – and don’t just take our word for it. Congratulations to Jack and the team for coming second, but they still remain England’s Best Street Food Event – and that sounds like a damned fine achievement to us!

DDC returns to our streets on Friday 29 January, offering great food, music, drinks and of course, retro gaming! Dead Pixels will be offering the usual mix of live DJs, live street art (courtesy of Mose and Mikki Rose) and more retro consoles than you can shake a stick at.

See the flyer below or the Facebook event page for more information. 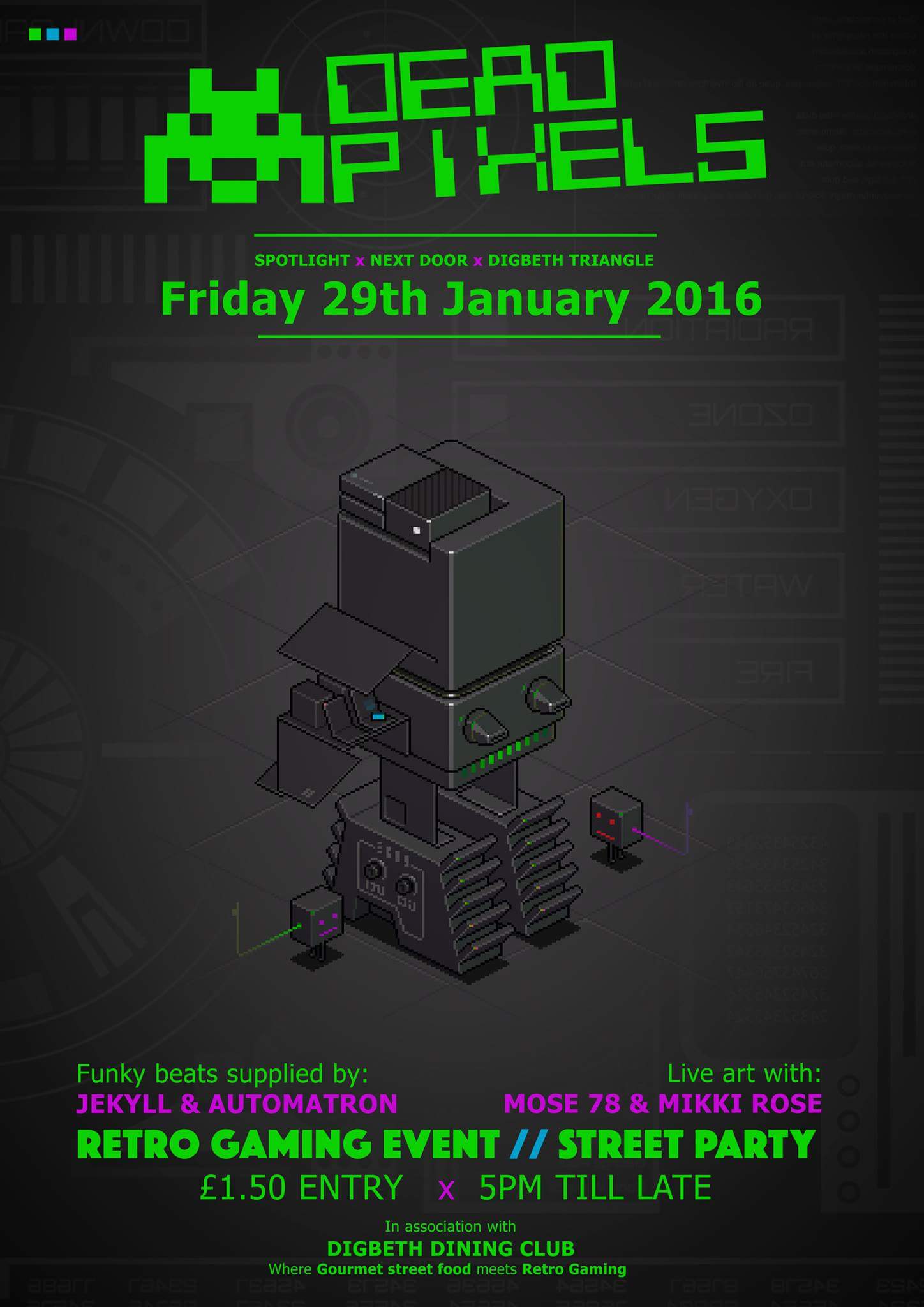