There have been some pretty major developments in Digbeth over the past few weeks, all of which (in my humble opinion) spell the beginning of a new chapter in the area:

The purchase of the Connaught Square site in central Digbeth by Seven Capital at the end of 2015 has the potential to act as a catalyst for further residential development in the Bradford Street area (and beyond), but business and industrial developments are key to attracting further investment in our little part of the city. 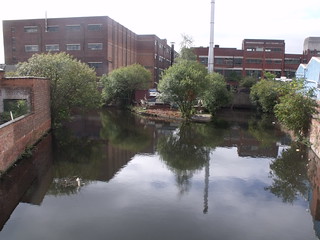 Last week, it was announced that the former Typhoo Tea factory (on the corner of Bordesley Street and New Canal Street) will be converted into a “creative innovation centre”. Managed by Birmingham City University, the STEAMHouse project aims to create 10,000 jobs, driving Digbeth to further become an innovation hub.

A smaller (but still notable) development, is the decision by Birmingham City Council to support Mutt Motorcycles with a vital injection of funds. Based in the warehouse space at the Custard Factory, the investment will be used to create a workshop for manufacturing motorcycles, with the addition of a coffee shop, barber shop and photography location, offering jobs, apprenticeships and co-working space opportunities.

Clearly these three projects will bring visible benefits and changes to not just the landscape of Digbeth, but how the area is used and viewed by the rest of the city. Here’s hoping this is just the start of things to come…