The annual Digbeth Community Awards were presented at Digbeth Residents Association’s December meeting. These are given to people, groups and organisations who make a positive contribution to life and the community in Digbeth. 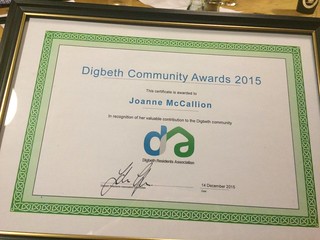 The 2015 award winners were no exception to this! The first award winner was Joanne McCallion, who has shared her knowledge at DRA meetings about shisha lounges and planning laws. Joanne has proven to be a valuable member of the extended Digbeth community by offering support and being a very human face of what can be a difficult to penetrate local authority administration. She cares about Digbeth and its development despite not living in the area, which is why it was felt she deserved an award. Joanne was unable to collect her award in person, but we will be delivering it to her in the new year. 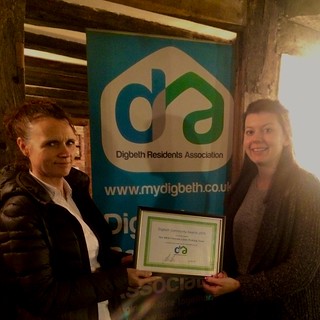 The second award was presented to the SIFA Fireside Litter Picking Team. This is a group of SIFA Fireside service users who volunteer to collect litter around Digbeth to not only give back to the community, but to show that homelessness doesn’t mean carelessness. The service users are helping to make Digbeth better for everyone while also changing the perception of an often overlooked portion of society. Louise Kilbride and Anna Pendlebury collected the award on behalf of the Litter Picking Team. 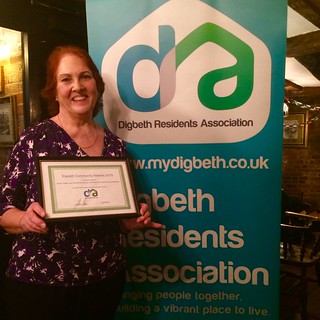 Last but not least, the final award of the evening was presented to Anne Tighe and the Birmingham St Patrick’s Festival. The St Patrick’s Day Parade is a Digbeth-defining event that is only possible through the tireless work of the festival committee. Anne has been a driving force in keeping the event alive despite relentless funding cuts, obstacles, and changes in the environment every year. Organising a festival as large as Birmingham St Patrick’s is an all-year affair, but the work of the committee can go unnoticed for 50 weeks; this award shows that Digbeth is committed to supporting the committee in the hope that the festival can continue contributing to the community for years to come.

As well as thanking all the award winners, Digbeth Residents Association would like to extend heartfelt thanks to the team at The Old Crown who host our monthly meetings. Their hospitality shows no bounds and we are truly grateful for their on-going support! If you would like to make a nomination for the 2016 Digbeth Community Awards, please email contact@mydigbeth.co.uk.

In January 2016 we finally made it to the Birmingham City Council offices to present Joanne McCallion with her award, and here she is! Thanks again Joanne 🙂 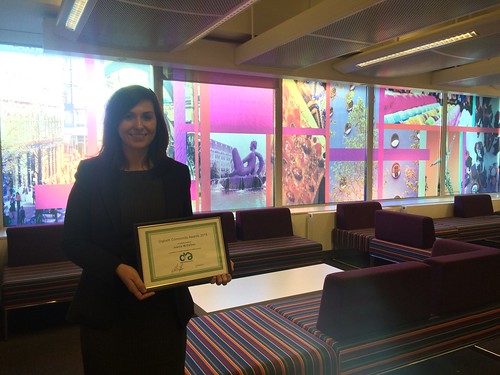