Series three of Peaky Blinders is steaming ahead (don’t worry – there are no spoilers here!), and after fighting off the competition, the Shelby family move into the territory of Birmingham’s Italian mobsters. 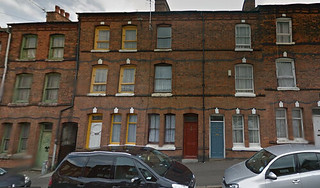 But where was Little Italy? It’s no real surprise that our Italian cousins, like many waves of migrants, settled in Digbeth, and decided to call the area around Fazeley Street, Bordesley Street, Bartholomew Street and New Canal Street, home.

Many Italian traders came to the Midlands for business before returning home, but increasing numbers chose to stay in Birmingham during the 19th century. Many of the families who did settle here are thought to have come from villages within a 30-mile radius of the Comino Valley in the Lazio area around Rome.

The 1861 census showed 358 people in the West Midlands were born in Italy, but less than 20% were female. By the 1891 census, there were 53 people either born in Italy or of Italian parentage living in Bordesley Street, Bartholomew Street and New Canal Street. 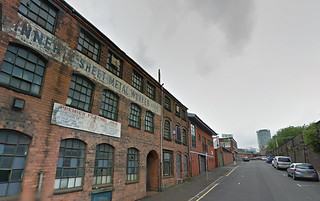 Of those 21 were musicians, 19 were organ grinders (many staying in a hostel in Bartholomew Street), and 12 sold ice cream. Author of Bella Brum, Doreen Hopwood, said: “On the streets at the time were brightly painted ice cream carts, pushed to the cries of “Gelati! Ecco un poco” (‘taste a little’), which earned the sellers the title of ‘Hokey-Pokey Men’, whilst the music of the barrel organs (hurdy-gurdies) attracted the crowds.”

St Michael’s Catholic Church, opposite Moor Street station, was popular with the largely Catholic, Italian community; Verrechia was one of the largest families in the area at the time. Other common names included Cavolure, Campadimico and Demiglio.

However, most of the housing in Little Italy was knocked down in the 1930s, and as a result, the families dispersed. The Birmingham Evening Mail reported in October 30, 1934: “They cling together in a compact community, held close by race, language and religion, but not clannish, and continually introducing into their midst English wives and husbands.”

Peaky Blinders continues on Thursday at 21:00 on BBC2.