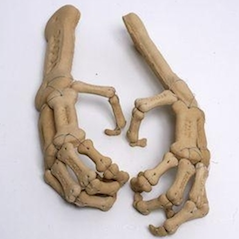 Tuesday 5 July, 6.30–8pm
£4/2/free to ESPArtist Des Hughes joins us to introduce his practice in the context of his plans for Production Show. Des’ sculptural objects reconfigure our rapport with the everyday by staging banal ready-mades next to handcrafted replicas of commodities and three-dimensional caricatures of familiar things. Hughes’ work has been shown nationally and internationally – most recently at Hepworth Wakefield. 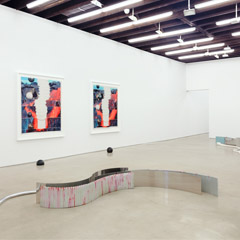 Wednesday 13 July, 6.30–8pm
£4/2/free to ESPJoin us for two introductory presentations by artists who will be working with Eastside Projects over the next two years. Alice Channer will reflect upon the idea of her work as ‘authored by many different beings, only one of which is me’ and Nicolas Deshayes will discuss his practice and propositions for the process unfolding within and around Eastside Projects as part of Production Show. 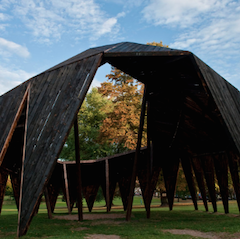 ART IN CRISIS: A CONVERSATION

An afternoon of presentations by artists, designers and those working in the city exploring regeneration, gentrification, the use and occupation of public and private land, widespread housing crises and increasing levels of inner-city homelessness.

Inspired by ‘Production Show’ this event is part of the ‘Art in Crisis Festival’ organised by Crisis Skylight Birmingham. 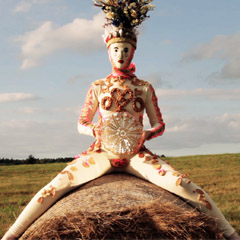 Thursday 21 July, 6.30–8pm
£4/2/free to ESP and EP volunteersPart of ‘Clipping the Church’, this event brings together artist Tereza Buskova, curator Roma Piotrowska and photographer Marta Kochanek to investigate the position of a woman-mother-artist and explore representations of the maternal, and other models of family and motherhood, in art.

The discussion will be followed by a screening of the video ‘Clipping the Church’, a new public work made in Erdington in June. 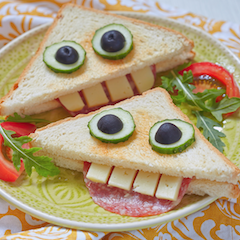 Friday 29 July, 1–2pm
Free, all welcomeEscape your desk for an hour and join us in the gallery for lunch. We’ll be joined by ESP Summer Campers who will be reflecting on their projects over a packed-lunch.

As ever the hot drinks are on us and everyone is welcome, so just come long with your lunchbox. 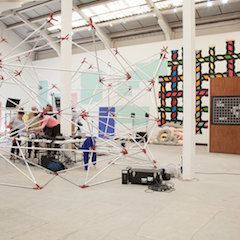 You have just a couple of weeks left to catch the current phase of ‘Production Show: Researching, Pending, Concepting’ with prototypes, works in development, propositions, and performances by Heather & Ivan Morison, Nicolas Deshayes, Linda Brothwell and Performance as Publishing. 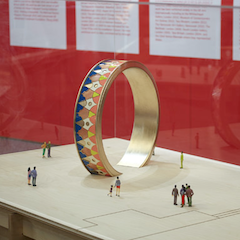 The first in a series of public presentations, the exhibition will tour to the Library of Birmingham and Birmingham Museum and Art Gallery later this year before the final selection is made in January 2017. 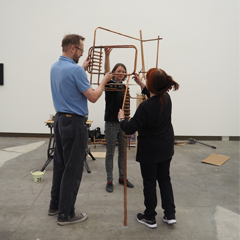 This month ESP’ers will spend two days visiting Liverpool Biennial taking in the exhibition and getting ‘behind the scenes’ with special introductions and tours from artists, curators and projects across the city. Back in Birmingham, Nicolas Deshayes and Des Hughes will be meeting ESP’ers 1-2-1 to offer advice on work and practices.

And Summer Camp kicks off! From 25 July ESP takes over Eastside Projects for two weeks, with a lively programme of residencies, events, crits and socials and we’ll present the fruits of our labours at Digbeth First Friday in August.

As always Graduate membership costs just £2.50 a month and is available to anyone during their first 12 months after graduation.

Find out more and join HERE