Just over 50 years ago, on Friday 22 November 1963, former US president John F Kennedy was assassinated in Dallas. Since Digbeth is now the proud home of the JFK mosaic, BBC News spoke to local residents and businesses about their memories of that fateful day: 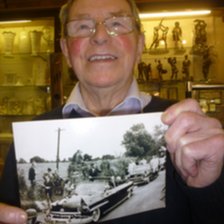 Mr Fitzgerald is photographed holding a picture of Kennedy visiting Ireland during the summer of 1963, just months before his death. Well-wishers line the streets to see the president’s motorcade driving along, with JFK standing up in his open-top car, alongside Lyndon B Johnson, waving to the public.

John Fitzgerald said he was just leaving his home when he heard about his death:

“It’s amazing, looking back, to see how relaxed the security is. People are near the car taking photos. He was so popular, not only in Ireland, he was a hero, really.

I’m originally from Wexford which is where his grandparents are from so when a ‘local’ became president, you can imagine how proud we were. He had his little discrepancies but we’re all human I suppose.

I was so shocked when he died – I can remember exactly when it was. I was in a band and I was just going out the door with my guitar in my hand, and my wife called me back and said Kennedy has been shot.

Everybody felt it but no-one could believe it.” 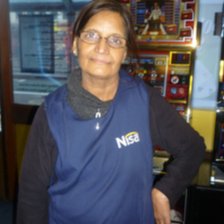 Mrs Dadra was a teenager living in Wolverhampton at the time of Kennedy’s death.

Nimmo said she and her siblings did not understand what had happened:

“I heard about his death on the TV and it was so sad. We used to love watching television – me and my brothers and sisters – and I remember when it happened because it went so quiet everywhere.

We had a black-and-white TV and my mum came in saying ‘what’s wrong?’ and I said a man’s been killed in his car. It was long ago and we didn’t understand it all.

All my brothers and sisters were so young and we didn’t know anything until Dad explained to us that he was the president of America. Then it sunk in.

My son said he has seen people today taking photographs of the memorial over the road, so it obviously has significance.” 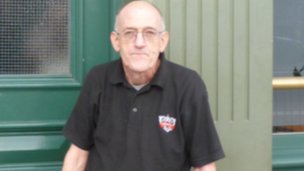 Mr Williams, who was 13 when Kennedy died, saw him in Dublin in the months before his assassination.

“I remember seeing him in the June or July in Phoenix Park. He was standing up in his car in a blue mohair suit. He had star quality, he really did. My dad said then it was risky having an open-top car.

He was so good for Ireland: to be in charge of the biggest, richest country in the world – but then he died. I saw it on the TV. They broke into the programme and said it. It totally shocked me.

He wanted to see a man on the Moon and the Berlin Wall come down and he missed both of them. It’s good that the memorial is by the college [South and City College] because the students there can see it and take a look if they want to and be reminded of who he was.” 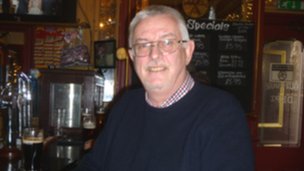 Tom Malone, 57, was living in Limerick, in the Republic of Ireland

“He is my hero. I really admire him. He was the first Catholic president and he was charismatic, that was the main thing. He looked at the civil rights movement and had some big ideas.

I remember being sat down watching TV when he died. I was watching a World War Two programme called Air Power. It was a Friday evening at about 6.30 and there was a news flash and I even remember the name of the presenter – Charles Mitchell.

He said first he had been fired at then about 30 minutes later he said he was dead. What a shock. Everybody in Ireland loved him – we knew more about Kennedy than the Pope.

He was a great president and he will always be my hero.”