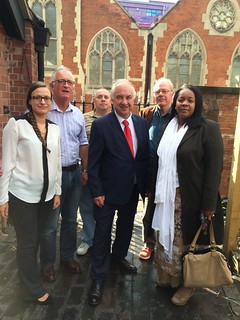 This is a reminder that the elections for the West Midlands Police & Crime Commissioner will take place this Thursday 21st August. All residents should have by now received a hard copy booklet in the post with information about all candidates standing for election. For information, the candidates are:

Police and Crime Commissioners (PCCs) are elected to hold the police to account, with the aim of cutting crime and ensuring our police force is effective.

PCCs are required to swear an oath of impartiality when they are elected to office. This reflects the commitment police officers make to serve every member of the public impartially and makes clear that they are there to serve the people, not a political party or any one section of their electorate.

For further information about PCCs and about the elections please see www.choosemypcc.org.uk.