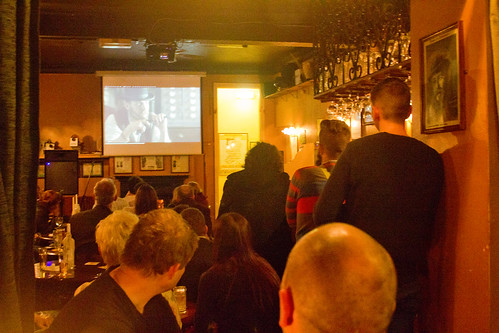 Fans of Peaky Blinders watch the show at The Spotted Dog

It is with great sadness that on Thursday 6th November we said goodbye to the second series of Peaky Blinders. However, the third series was announced just before the end of the final episode, so all is not lost!

To celebrate the landmark series, which saw characters such as The Digbeth Kid make an appearance, Digbeth Residents Association held a community screening at The Spotted Dog, a pub which was referenced in the show.

Over 100 Peaky Blinders fans came to the pub to enjoy the show, the atmosphere and some Digbeth pies courtesy of Sbragias. Not only did we have a lot of fans, but we also had the pleasure of not one, not two, but SIX Peaky Blinders actors! 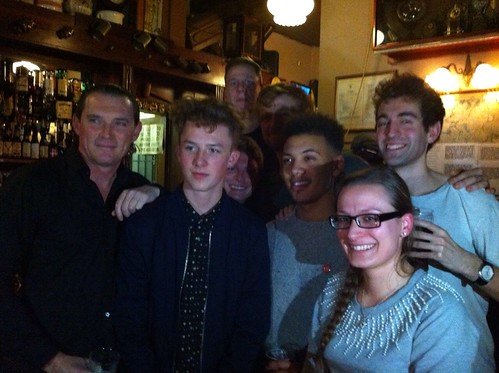 The day of the finale didn’t pass without controversy though, with Channel 4 newsreader Krishnan Guru-Murthy blasting Birmingham in an interview with Peaky Blinders creator Steven Knight. Read Lauren Chapman’s article over on the Birmingham Eastside blog for more.

Steven also took the time to send us a message before the finale, which was not only incredibly kind but also very humble – it’s clear that this is a man who openly appreciates the support of Birmingham in his work:

Dear all at the Spotted Dog,

I hope you enjoy tonight.

Thanks for all your support through both series. Lots and lots more to come – and I will make sure there are lots more references to the Spotted Dog.

It’s safe to say that the event was a brilliant success, with everyone commenting on the community feeling within the pub. Even John Tighe, The Spotted Dog’s irreverent landlord said that he’d never seen the inn so full and yet so silent, with everyone watching the show in every room.

We have to say a huge thank you to all the actors who took time out of their schedules to come to Digbeth especially for this screening. They were all a credit to themselves and the show itself, gladly posing for photos with fans and thanking us for inviting them. With six Peaky Blinders, we were incredibly spoilt! 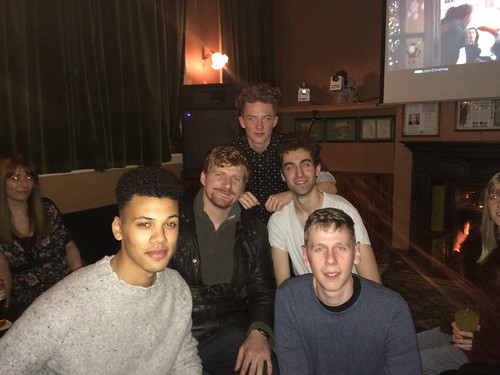 We wait with anticipation until next year to learn what will happen to the Shelby empire up until the start of the Second World War, and also to learn how much Digbeth features in the next chapter of their story…

In the meantime, fans who missed out on our Peaky Blinders tours can celebrate with their return! Tour guide Rosie Pocklington has announced future tour dates. Tickets have sold out (again!) but do check the Eventbrite page for more dates as and when they are announced.