The fun and entertainment will start from 10:00 in Digbeth with the first ever St Patrick’s Parade Day fun run, the Emerald Mile. Supported by South and City College, Motorpoint and Event Signs Ltd, the two-mile fancy dress dash will see participants take on the Parade route all whilst raising money for charity.

Once the parade starts proper at 12:00, the St Pat Rocks stage (in the Zellig car park) will awaken with some of the best Irish trad and folk musicians the region has to offer, while the Emerald Village (located in the Seven Capital car park on Bradford Street) will host a line-up some of Birmingham’s best up-and-coming artists.

For the little ones, there’s a load of entertainment in the Emerald Village, including free dance and music workshops, arts and crafts activities, a petting zoo (with ponies!), and a funfair. As per usual, there will also be a host of food and drink available around the parade.

Entry into both the Emerald Village and St Pat Rocks is entirely free, but there will be donation buckets around should you wish to make a contribution. The Birmingham St Patrick’s Festival this year is partnering with Kiely Bro’s, whose sponsorship will go some way to securing the future of the event which is now entirely funded by charitable donations.

For more information about the festival, visit the website here. 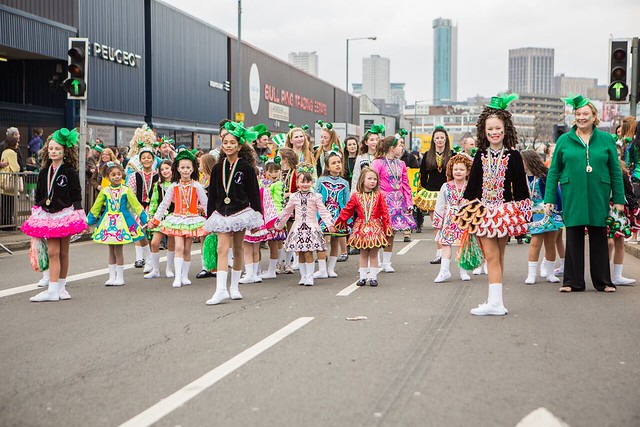