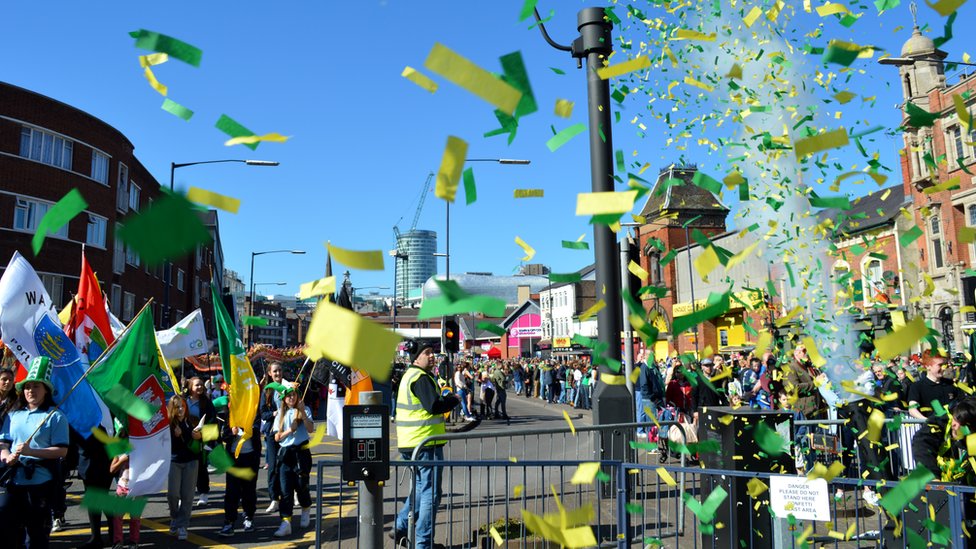 If you look closely, you can see the DRA banner in the bottom right corner of this picture! Image: BBC News

It’s been seven days since St Patrick’s Day, and eight days since the accompanying parade, and what a difference a week makes! No one would have believed the gorgeous summer weather we had in Digbeth, no doubt pre-ordered by the parade organisers.

As tradition dictates, Digbeth Residents Association took part in the parade, along with other community groups such as the Chinese Community Centre – Birmingham, who are pictured along with DRA Chair John Gordon and Secretary Pamela Pinski below. 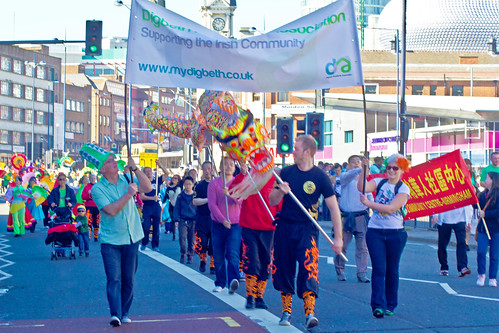 There was a fantastic turn out for the parade, and an even better atmosphere, with lots for all the family to do, including the inauguration of the Emerald Village in the Custard Factory. If you weren’t able to make it, don’t fear, as local filmmaker Didier Soulier has created a fitting video tribute to the day, along with some musical help from Digbeth regulars, The Father Teds:

Here’s hoping that next year’s parade will be even better! One things is for sure, DRA will be out in force continuing to support the Irish community in Birmingham.