This is Well Street

Ed Wakefield is an artist interested in appropriating history and historical figures, creating narratives peopled with eccentric characters in amusing scenarios. Through humour he not only hopes to build a bridge between himself and his audience, but also into the past itself.

This is Well Street is a performance based on a photograph of drunken revellers in Manchester on New Year’s Eve 2015. Drawing comparisons to Renaissance masterpieces and the Golden Mean, the viral image below will be recreated by Ed in a live performance at Stryx this coming Digbeth First Friday.

Members of the audience are invited to participate in the boozy mis-en-scene while Ed recites a poem in the role of the man in blue reaching for his bottle. Timeless. If you would like to volunteer to take part in the performance, please email Stryx at stryxarts@gmail.com. 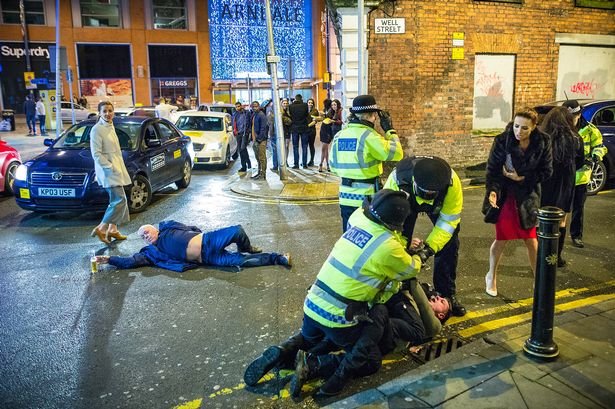 Ed said: “I originally herald from Manchester and this image just brought back a lot of memories of the bedlam that occurs on a nightly basis. Every once in a while, however, a gem appears like the image above; a crystallisation of alcohol, swagger and illegality that echoes a Hogarth etching.”

For more information about Digbeth First Friday, visit the website.